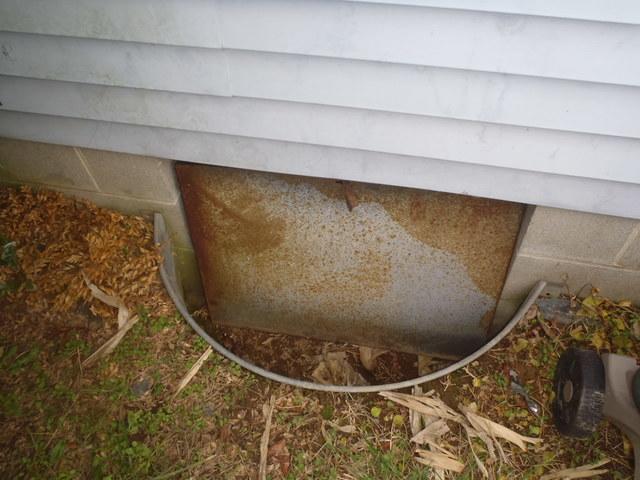 This outdated crawl space door does little to nothing to protect this crawl space from pests and outside weather conditions. 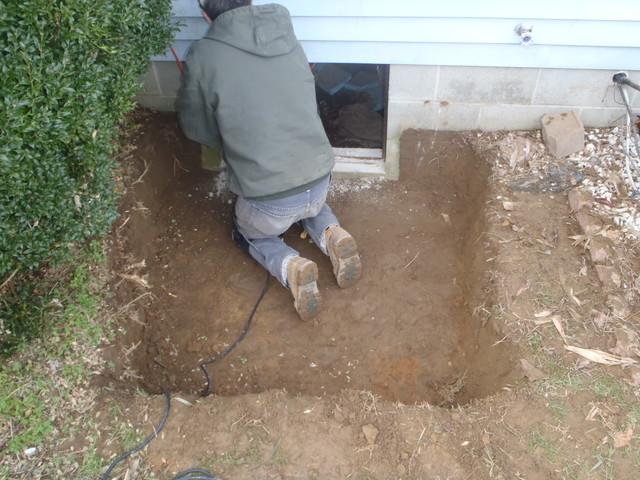 The crew must first dig out a space large enough for the TURTL to fit in and comfortably line up with the opening to the crawl space. 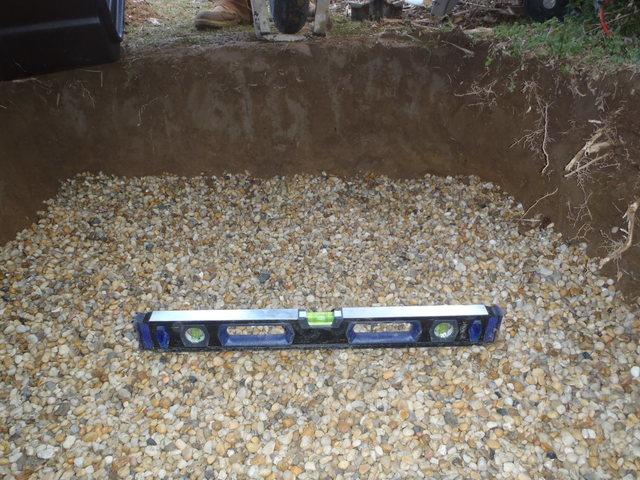 Preparing Level Ground for the TURTL

The crew has put stone down in order to make a sturdy level area for the TURTL to rest on. 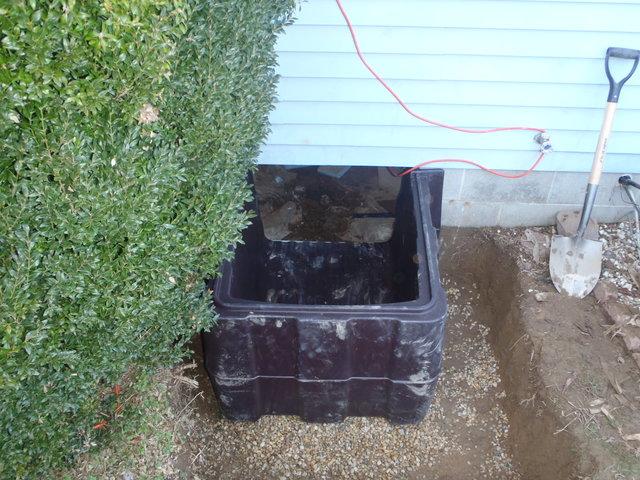 The Dr. Energy Saver Delmarva production team have put the TURTL in place to make sure that it lines up properly with the entryway of the crawl space. 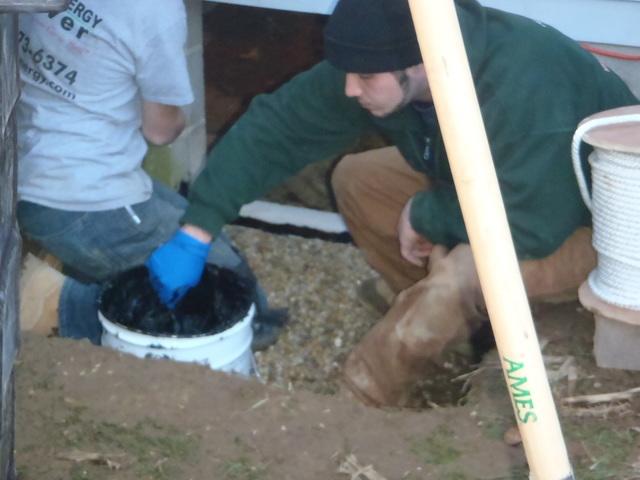 Preparing the Entrance of the Crawl Space

Now that crew members know the TURTL lines up properly to the entryway of the crawl space they have begun applying tar to the perimeter of the opening. 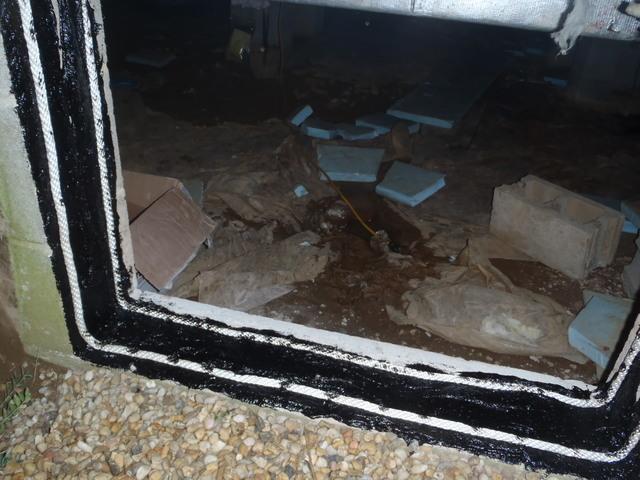 The crew has prepared the perimeter of the crawl space opening with tar that will act as an adherent as well as a sealant. Now it is time to put the TURTL into position. 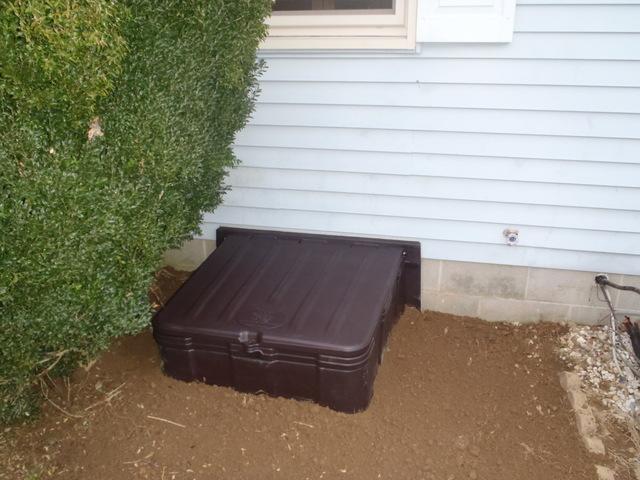 The finished product! A new, larger, more efficient access to this home's crawl space. The TURTL is water and pest proof and has a feature on the lid which enables it to be locked. This TURTL will prevent any further energy loss from this crawl space access area.

Back to Previous Page