When water depth accumulation continuously occurs in a crawl space it is necessary to install a sump pump to remove the water from the crawl space. 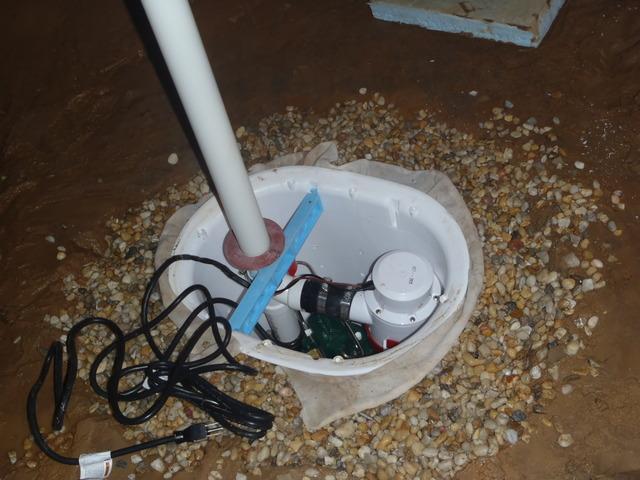 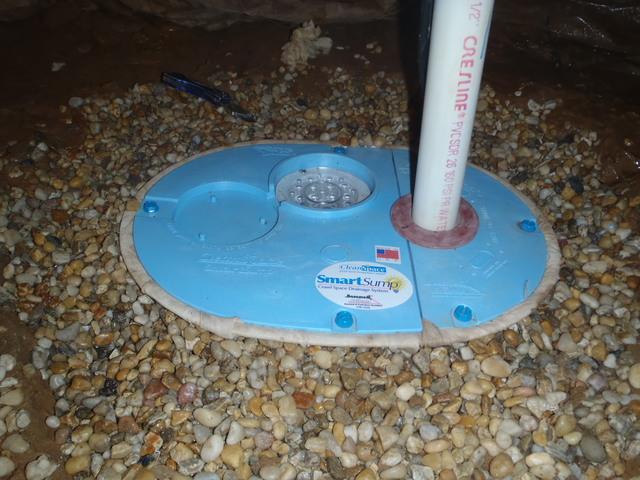 The SmartSump has had its airtight lid installed and now it is time to finish the discharge line. 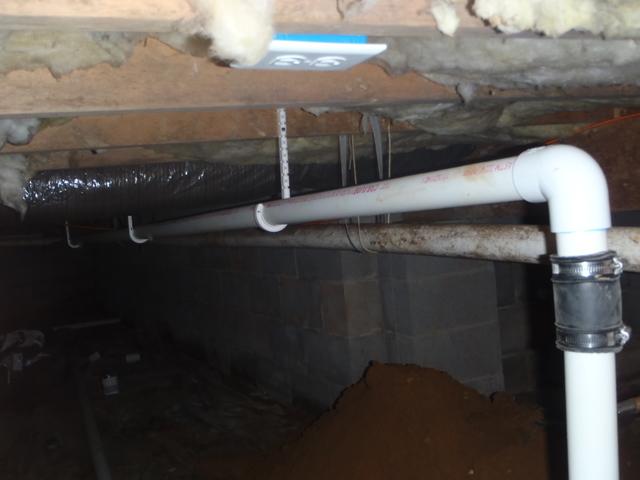 This is a discharge line that the production crew has ran from the SmartSump. It will continue on until it reaches an access point to the outdoors. 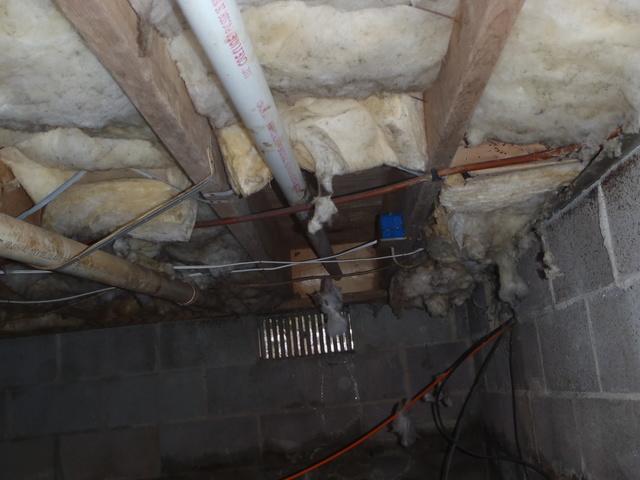 Installing a Discharge Line to the Outdoors

The Dr. Energy Saver Delmarva team have ran this discharge line into one of the rim joists where they have cut a hole just large enough for the piping to go through to the outside. 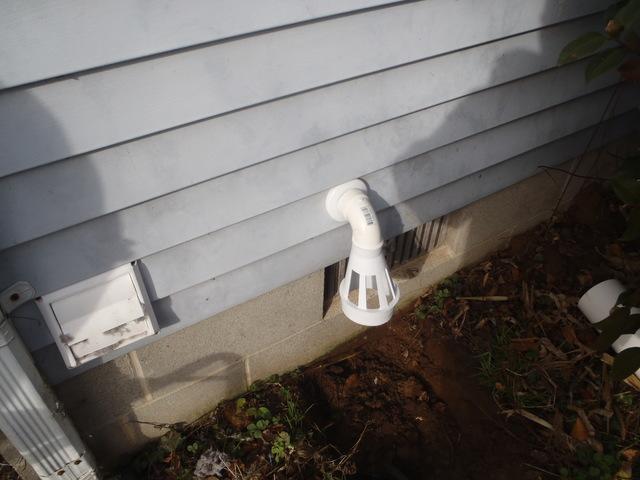 This is a picture of where the discharge line inside the crawl space exits. They have added a connector piece as well as dug out an area for the pipe to lay underground. 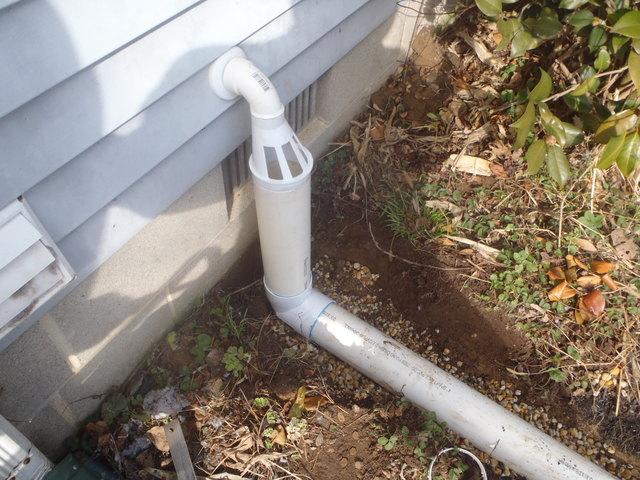 Here the crew have connected the necessary length of pipe to drain the unwanted water far enough away from the house so that it doesn't reenter the crawl space. 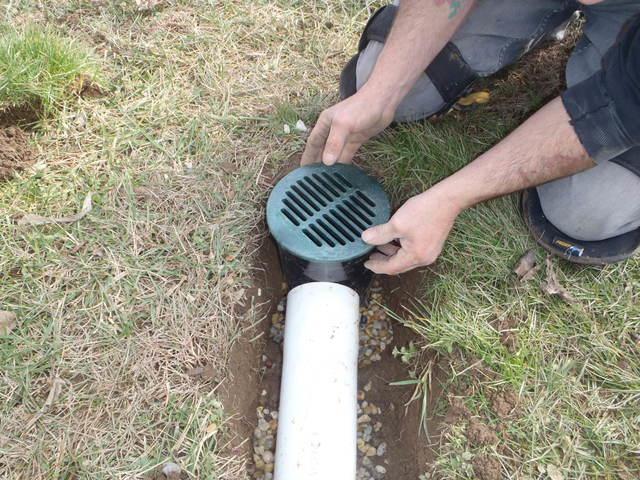 Adding the Bubbler Pot to a Discharge Line

The production crew is now done with running the discharge line. Here they are adding what is known as the 'bubbler pot'. The bubbler pot is the final piece of the discharge outlet system. It is durable with a grated opening so that water may exit it. 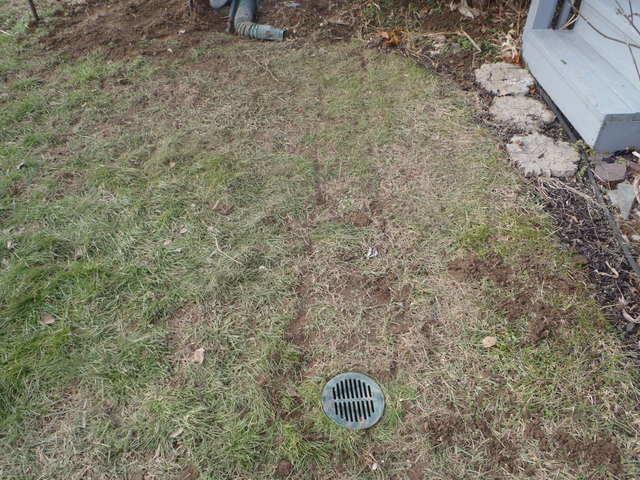 The production crew has carefully replaced the soil previously dug out to install a discharge line for the SmartSump sump pump drainage system. The 'bubbler pot' has been installed flush with the ground so that it may be mowed over with ease and without damage to the drainage system or the lawnmower.

Back to Previous Page